After that first manifestation Sister Mary Media, a member of the San Francisco Mother House and a Toronto native visited and, in the words of Founding Sister Soami DeLuxe (ne Sister Missionary Position) “brought word back to the mother house you were A OK,” and so the Toronto House became the Third Order (after the Mother House and the Sydney Australia Order).

The last active Sisters (Atrociata von Tasteless, Celestial Gates, Flagellation of Forbidden Fruit, Sadie Masochism and Sleazia) declared the organization inactive as of October, 1986. In between those dates the Sisters were active in a number of Good Works; this site will commemorate as many as possible.

Although each international Order is independent, the San Francisco House is recognized as the first manifestation of Perpetual Indulgence (and the registered owner of the SPI trademark in the USA). 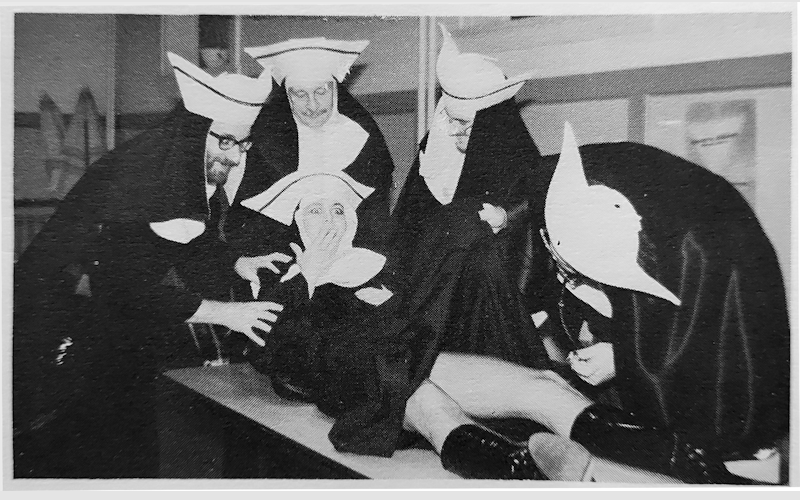 The link above, to Bookshop.org, is an Affiliate Link; I will earn a small commission should you follow it and make a purchase.